Hey KennyTHPS, thanks for keeping an eye on my edits. Lemon and I have talked about it, and we decided to re-add Category:Equipment to the pages, it's not a mistake, and we also decided that each individual item has its own ==Set Items== section, meaning the other items in the same set. - LingoSalad (talk) 16:18, 14 August 2014 (UTC)

Please do these when you have time (in this order)

1. Add |state = uncollapsed to all the new {{Template:Equipment HERO}} templates, just underneath the |name = line.

2. Create an equipment subpage for all heroes: HERO/equipment, with the new template in the article space: {{Template:Equipment HERO}}

3. Replace all {{Single-hero cosmetic item nav|HERO}} on hero pages with an embedded link to the new equipment subpage: {{:HERO/equipment}}.

4. Replace {{Single-hero cosmetic item nav}} on all hero equipment pages with the new {{Template:Equipment HERO}}. Remember that the new template is hero-specific, so you gotta make new rules for each hero and whatnot.

The aforementioned user is placing false edits in many Hero responses pages (if it ain't already obvious in the Recent Changes section), and I just wanna report this to a mod. The same guy also used to place redundant "trivia", even added "A silencer is one that silences" thing to Silencer's article. I'm not directly suggesting a ban, but I do suggest doing something about this. What do you think is best? It may just be response pages, but it's still false info. And I don't tolerate that. Arbok77 (talk) 16:42, 18 October 2014 (UTC)

Since "Spiderling" isn't an ability, you can either change it to

Spawn Spiderlings or just add the icon like this

Spiderling ( [[File:Broodmother Spiderling model.png|32px|link=Spiderling]] [[Spiderling]] ). For the poison sting, I've changed the template so you can now do

What to do with these tickets from September 04, 2014 Patch?

Looks like the tickets got added to the game files but never ended up being sold. I'll delete these articles. —LingoSalad (talk) 04:29, 10 November 2014 (UTC)

You're right, all of these were free to spectate, and had no ticket. If anyone's going to create pages for the tournaments, they can, but I will remove these articles because they represent the ticket item, which was never obtainable. —LingoSalad (talk) 17:09, 10 November 2014 (UTC)

I don't pay much attention to tickets, but it looks like mostly all old tickets are still available in the store, except for a few (Pro Dota 2 Solo Ranked League Season 2 is an example.) I'm not sure why they get removed. I wouldn't remove the articles if the item was obtainable at one point, it would be better if a note was made saying "This was avilable in the Dota 2 store but got removed" or something. —LingoSalad (talk) 03:40, 11 November 2014 (UTC)

Maybe we should create icon like this for sets (600x400) which still have no icons? I tried to do some experiments here: 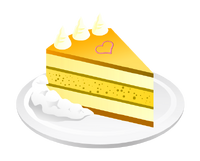 Thanks for doin' stuff on the wiki while I was gone :3

Hi there, I noticed you reverted my lore edit on the Enchanted Mango page.

these are outdated and nowhere used anymore. I think they can go

now to the files

These should all be done, except for the Pudge/ru and Dispel/ru which are timing out when I edit them. I will try those again later. Thanks for all your help and these links! —LingoSalad (talk) 01:08, 15 September 2015 (UTC)

Men this is some strange way to communicate which takes forever to find after a page tells you to "contact an admin"......

I tried to add the URL of icefrogs account in the Valve developer forums to the "icefrog" page: http://dota2.gamepedia.com/IceFrog

Could you move File:Bottle_arcane.png to File:Bottle_arcane_icon.png and leave a redirect? Currently it's not possible to link to the arcane bottle icon with the skillbox templates. Thanks! Molldust (talk) 12:23, 19 December 2015 (UTC)