Regarding the changes to the article Disjoint. I appreciate your contributions (especially cleaning up the language in a lot of sentences!) but disagree with some of the content. I don't want to start a silly edit war, so let me explain why; then maybe we both can come to agreement of what to include.

As for Imprisonment and Disruption, you are right that they let you dodge projectiles, but they don't disjoint it. Please see the talk page, I explained a while back the distinction. Say there is a slow moving projectile moving towards you which will kill you and you have level 1 Imprisonment. You use it on yourself too early but it only lasts for 1 second. The projectile will still be tracking you, trying to hit you. It doesn't disjoint, but it can be used to dodge the damage. I tested most spells on the invulnerability page, and only Infest and Phase Shift would actually disjoint projectiles. You may have noticed it's hard to disjoint things with Ember Spirit's Sleight of Fist, that's simply because you must allow it to hit you while you're invulnerable since the skill doesn't disjoint. (I believe in DotA it tracked your initial position instead of the current which made dodging easier). I hope that explains why those abilities don't belong, otherwise I'd just copy all of the abilities over from invulnerability and call it a day. Maybe writing a note or a paragraph on this distinction is appropriate, I left a note on the Disjoint talk page but haven't got to add this information in the actual article yet. That's why I wrote "The abilities listed here will also disjoint incoming projectiles.", indicating only these banish-type abilities disjoint projectiles as apposed to the general ones such as Imprisonment and Disruption. It's obviously not descriptive enough of the true purpose of that section. Do you have any suggestion of a good way to convey this information to readers? --Artorp (talk) 15:36, 9 February 2014 (UTC) 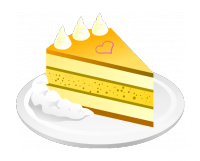 Hey, I just looked at your user page and noticed how similar your userbox is to mine and thought that was awesome. -- LastTalon (talk) 17:17, 8 March 2014 (UTC)

Quote Arbok77 "Why does this need to be stated? duh the armor reduction is now its active"

It should be stated because some people might not know if medallion inherits the armor reduction or not and could very well visit the page to find out.

If I had said "Medallion inherits the armor from chainmail..." that would be unnecessary because it follows the general rule that items inherit the properties of their components. This is an exception to the rule: the mechanics of the item are changing and therefore it's worth mentioning to help people understand the game.

You have to remember that what you may think is obvious might not be to newer players.