From Dota 2 Wiki
Jump to: navigation, search
This article is about in-game grouping. For competitive teams, see List of professional teams.

A Team is an in-game function to form designated groups. Unlike parties, teams have a fixed identity and do not disappear when its members log off. 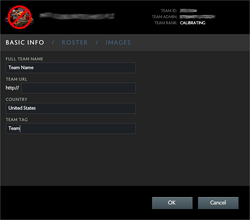