Siltbreaker - Act II: A Vault in the Deep

From Dota 2 Wiki
< Siltbreaker
Jump to: navigation, search
Event
Act I: The Sands of Fate
Act II: A Vault in the Deep
Lore 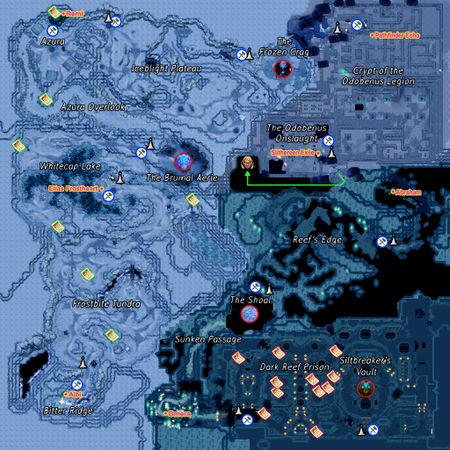 Crypt of the Odobenus Legion[edit]

These items cannot be purchased, but are dropped from enemies, except for the quest item.

The following items cannot be purchased, built or found in this game mode:

All items are fully sharable with allies. Besides this, the following items have been further modified:

* Lifestone, Amorphotic Shell and Violet Blade are the only artifacts which are fully tradeable and marketable.