Matchmaking is the process through which the system groups players into opposing teams for public games modes. With the exception of bot games, matchmaking is mostly determined by matchmaking ratings (MMR).

Valve has stated that matchmaking tries to fulfil several criteria:

Unranked or casual games do not display matchmaking ratings and still doesn't track your MMR for solo and party queues. 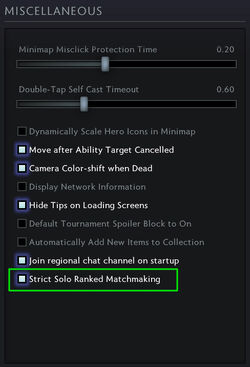 It is found under the Options -> Advanced -> Miscellaneous tab.

This function matches you against another player in the Mid Lane. This match is over when one player dies twice, loses a tower, resigns or disconnects. Type gg in chat to resign.

This function matches you or your team against AI-controlled bots.

Settings allow players to be matched only with others who have selected the same settings. Selecting more settings can significantly reduce wait time, as the system will be able to search for compatible players from a larger population pool. 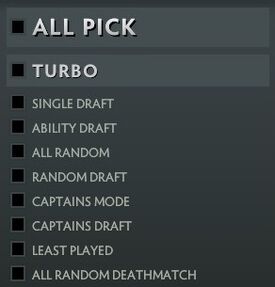 Game Modes determines which modes you would like to queue for. Checking more game modes will increase matchmaking speed. 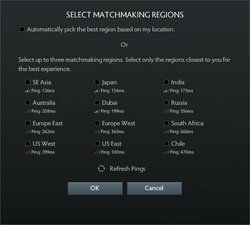 Region determines which regional server you would like to play on. Checking more regions will increase matchmaking speed, but may cause latency issues if the server location is far away. You can select up to 3 regions. It is recommended that you only choose regions where the language you speak is the dominant language for that region, this is to avoid people reporting you for speaking another language.

All PvP matchmaking is based on an Matchmaking Rating (MMR) similar to the Elo system. Players of roughly equal skill will be placed in the same game.

Players may be banned from matchmaking for a period of time due to several offenses. 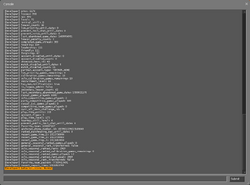 The console displaying a behavior score.

The behavior score shows as grades . Possible Grades are Normal (encompassing the scores formerly labeled as A+, A, B+, and B), C+, C, C-, D, and F. While Normal being the highest and F being the lowest. Valve has not disclosed how these scores are calculated, but abandons, reports and commends seem to play a role.

Account flags are represented as an integer value. Most players report having an account flag value of 0, 1 or 3. It is known that account flags with values 7 indicates that a 6-month ban is imminent on the account, but there is no known effect on matchmaking.

Players with behavior scores below 3000 will be muted and cannot use voice or chat.