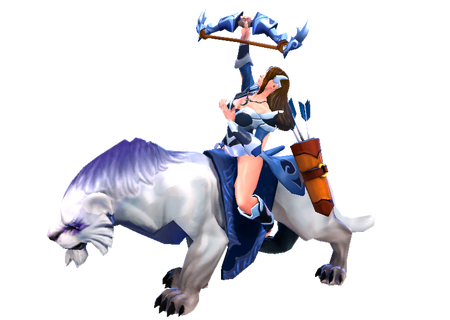 Mirana is usually played as a roamer. In the early game, she uses Sacred Arrow to stun enemies in lane, setting allies up for a kill. When roaming, Mirana should also buy wards when necessary. As the game progresses, Mirana can gradually transform into a more damage-oriented hero, although she will rarely match a true carry.

If Mirana has a good early game, she can progress directly to a carry. Items like

Desolator will greatly increase her damage. For effective ganking presence, an