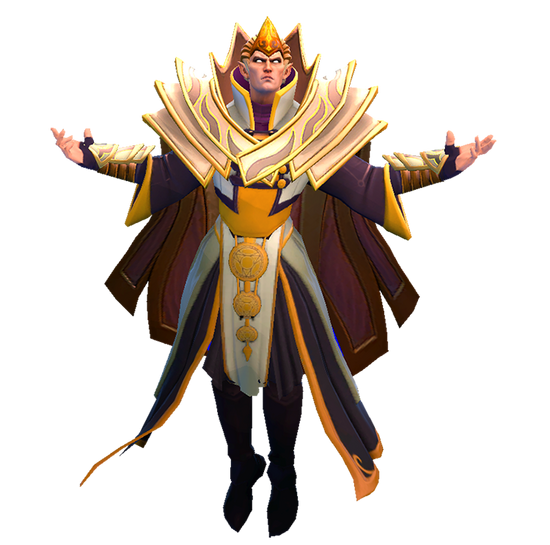 This build improves Invoker's nuking and disable potential, but leaves him lacking in reach. The main objective was to get to level 8 having 4 points in both Quas and Exort to gain access to two Forge Spirits, however since the 7.00 update this is no longer possible as the addition of another Forge Spirit is a talent option at level 15, however, It's still good to have several points in Quas early in the game to increase Cold Snap damage, Ice wall slow, and overall HP regen from active instances to sustain yourself during the laning stage. Once level 15, Two Forge Spirits, in combination with Cold Snap, can inflict tremendous amounts of damage on a single target, which can get you kills against lone enemies without escape abilities. Invoker can also use Sun Strike, Chaos Meteor and Deafening Blast to great effect, inflicting large amounts of Magical and Pure damage on enemies. This build is normally suited best against melee-heavy lineups, or lineups that have many heroes that need to be closer to their opponents. It can also be played as a more farming oriented build, with use of forge spirits and perhaps alacrity (if you have one value point in Wex) to push waves and gain farm, and relocating to different areas on the map with Boots of Travel. This works quite well because Forge Spirits can kill one camp (or give extra damage),while Invoker pushes creep waves with Alacrity. However, Invoker can also kill solo heroes and assist in teamfights, especially if he gets Aghanim's Scepter within 15-26 minutes of the game. However the main focus of Quas-Exort in a game usually is to get enough farm for quite a number of items (by farming, getting solo kills and participating in teamfights), and also pushing around the map, relieving pressure from other teammates perhaps in teamfights. You don't often see many pro players going for an early win with Quas-Exort Invoker (if they wanted an early win, they usually would go for Quas-Wex for the added teamfight ability). A disadvantage of this build is that it requires Invoker to be very good at farming, overall map awareness, team fighting ability, and generally requires higher skill than Quas-Wex. It isn't a very good build either if the other team has a very early oriented lineup, however it doesn't mean it's a bad build early game as Invoker has Sunstrike to assist lanes and Forge Spirits and Cold Snap (situationally Meteor and Deafening Blast) to use in fights.

Probably the most used in the competitive scene.

This build primarily focuses on bringing disables and crowd control to the table at the cost of striking power. Invokers using this build focus on casting EMP and Tornado in teamfights in order to disrupt the enemy and destroy their ability to cast spells, while using Cold Snap for single-target disable. It also specializes in ganking, allowing players to use Ghost Walk to roam and Cold Snap and Ice Wall for single-target disable. With a value point in Exort, Invoker can also utilize Alacrity to boost the attack speed of himself or an ally, and use Deafening Blast for additional disable. This build is usually best combined with teammates who already have damage, but are lacking crowd control such as Zeus, Ursa, Leshrac, and many others. A disadvantage to this build is usually the lack of farm Invoker usually gets compared to Quas-Exort builds.

This build gives Invoker a combination of striking power and reach, but leaves him unable to disable opponents effectively and results in a comparatively frail caster due to lack of Quas. Invoker should generally focus on nuking targets or providing utility via Alacrity, which can greatly increase the right-clicking power of an ally or Invoker himself. This build gives Invoker the ability to deal large amounts of damage with Sun Strike, Chaos Meteor and Deafening Blast, as well as a measure of crowd control via EMP and a long-reaching Tornado. This ability build is most effective against heroes that are excellent at kiting their enemies, such as Drow Ranger and Sniper. However, it is also extremely potent if your allies have strong initiators such as Clockwerk, Jakiro, and Faceless Void. Disadvantages are that it provides next to no control at all, needing other allies to keep enemy heroes in place. Also Invoker isn't really designed to be a right click hero, he is more of a hero that uses powerful spells to change the tide of a fight.