From Dota 2 Wiki
Jump to: navigation, search
For the in-game item, see Aegis of the Immortal.

The Aegis of Champions is a physical trophy that is awarded to the winners of The International tournament. It was forged out of bronze and silver by Weta Workshop in 2012. The reverse side of the trophy is engraved with the names and handles of each player on the winning team of The International each year.

The Aegis of Championss is the ultimate symbol of victory in the epic struggle between Dire and Radiant. Never given, only earned, the shield is hefted by those who best prove themselves in the great tournament.

The Aegis was based on Norse and Chinese designs. Its central relief depicts lane creeps from the

1 The Aegis had not yet been created during The International 2011. 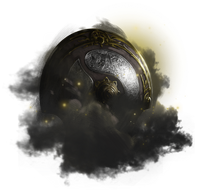 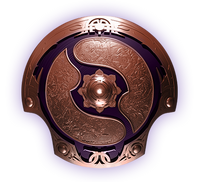 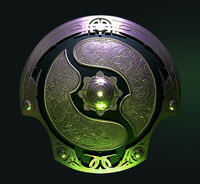 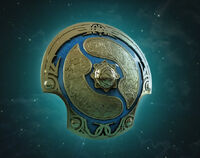 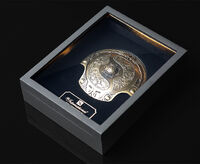